This blog post will show how to calculate Relative Strength Index RSI in T-SQL. It will use a time period of 14 periods. The calculation works on all versions of SQL Server.

The examples use the database TAdb. A script to create TAdb can be found here.

The RSI indicator was developed by J. Welles Wilder in is book New Concepts in Technical Trading Systems from 1978.

The version of RSI outlined here is the same as can be found on StockCharts.com. The RSI calculation uses the average of the period gains versus the periods losses. The formula for the calculation of RSI is pretty simple:

The calculation of AvgGain and AvgLoss for the first 14 periods (the seed) is a simple average:

The calculations following the first uses the previous value and the current gain or loss:

Using this method, the RSI calculation gets an smoothing effect, similar to the one used in the calculation of EMA.

The complete T-SQL for the calculation is shown below. Note that the calculation, for performance reasons, uses the “running total” feature of variables which is undocumented. Check the article by Jeff Moden Solving the Running Total and Ordinal Rank Problems.

As you can see, I have included columns for Gain, AvgGain, AvgLoss and RS to make it easier to follow the calculation. But the goal of the script is of course the RSI column.

The script can be seen to consist of several calculations:

A sample of the results is shown below: 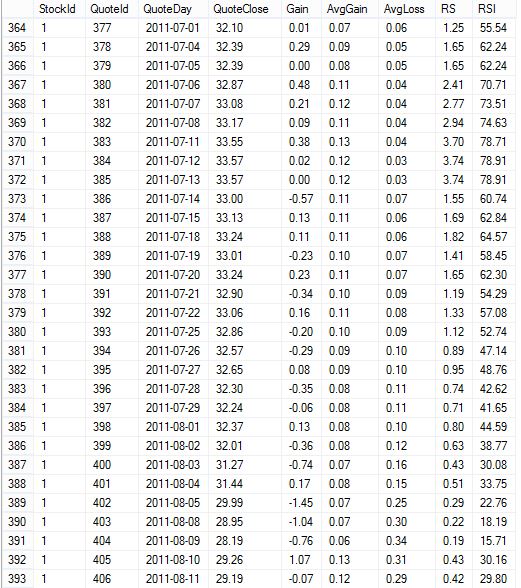 The usage of RSI can perhaps better be illustrated with a chart. The chart below has an vertical axis with closing prices (blue line, scale to the left) and a secondary axis with RSI (orange bars, scale to the right). The red arrow shows where a overbought situation occurs. And as predicted by the RSI theory, a downward correction of prices occurs shortly after. 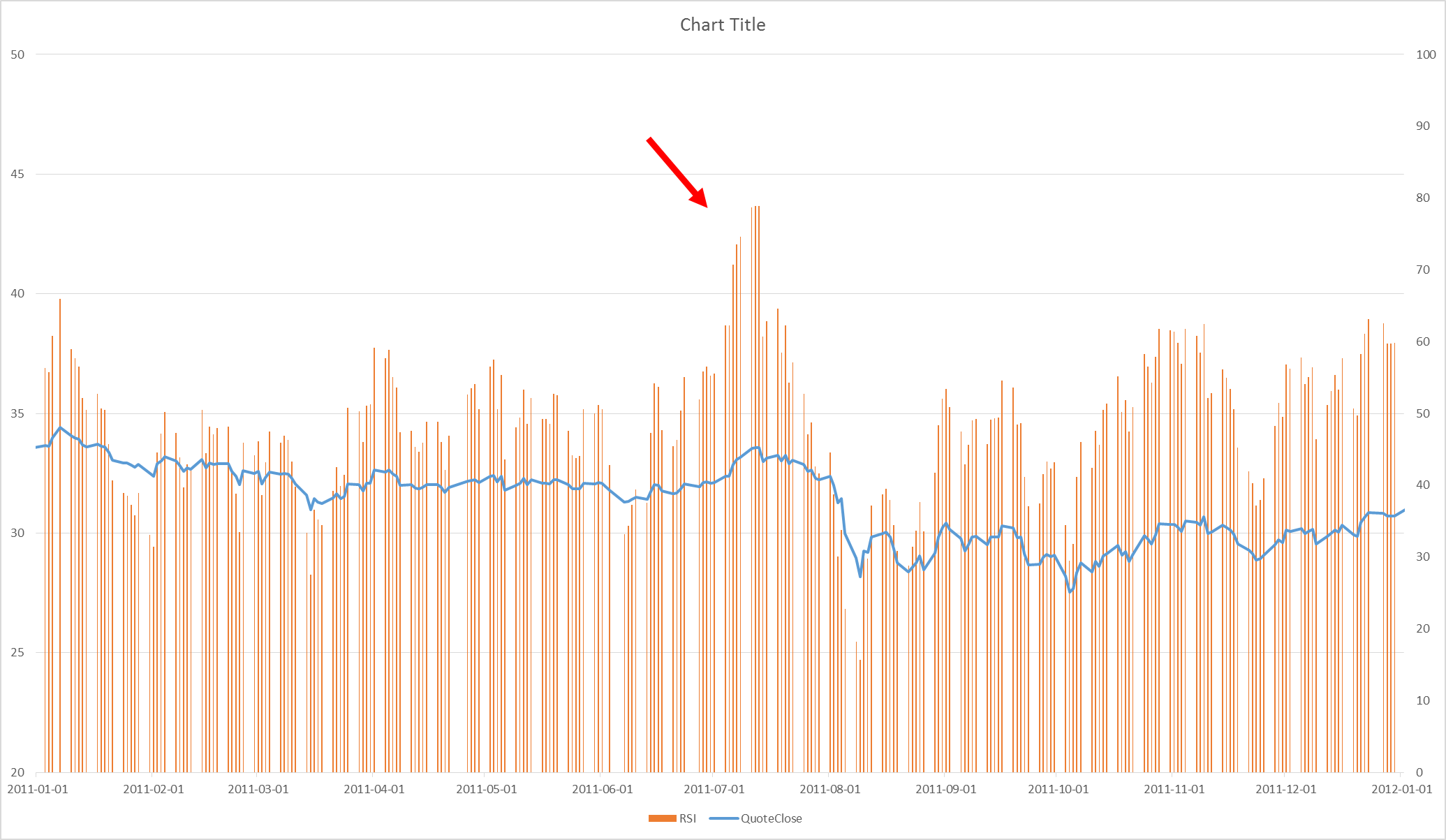 This blog post is part of a serie about technical analysis, TA, in SQL Server. See the other posts here.